Last Sunday Gina and I took a day trip to the Symes Hot Springs in Hot Springs, Montana. It was perfect.

I’d looked at the forecast in advance, and when I saw sun and fifty degree temps for Sunday I knew it was meant to be. Gina was in, and we made a plan that didn’t involve many plans.

On Saturday I had to talk her into not talking herself out of going. She was able to get all of her chores done and we said we’d leave at 10:00 on Sunday.

Gina, Albert, Lucky, and I were loaded into my car and on our way by 10:30. Our first stop was supposed to be the Ronan Café where everything is made from scratch and where they’re known for their pies. It was pretty much all we talked about for 45 minutes.

We pulled into Ronan and it was incredibly ghost-town-esque. It appeared that everyone was at church or at the bar. The Ronan Café was closed! We’d already realized that the turnoff to Hot Springs is before Ronan, so we were already committed to driving to Hot Springs the long way which meant we’d 1) get to drive along Flathead Lake a little bit, and 2) get to do a loop.

Everything was perfect…Even the snafus.

We hit up Betty’s Diner in Polson, and stuffed ourselves with a terrific view of the lake.  We continued on, let the dogs play at an empty campground, and arrived at Hot Springs just as the crowds were starting to roll in for the talent show fundraiser.

Ok, the Symes is hilarious. It’s decrepit. It smells like the minerals in the water (sulfur, but you get used to it. Sort of.). The clientele is usually eclectic and interesting, and often international. Nobody sort of likes the Symes; you either love it or you hate it.

We soaked for almost two hours, got a little sun on our winter white skin, and walked down to the health food store for energy drinks to fuel us up for the ride home. On our walk in town we spied some interesting real estate and did a little scheming and dreaming, which apparently left us ravenous, because on the way home we stopped for buffalo burgers, homemade fries, and huckleberry shakes. YUM. And thus began a new tradition.

P.S. We have to go back soon because I left my bikini top there and they’re holding it for me at the lost and found. Yeah us!

We didn’t take too many pictures, but here are a few as well as a couple I took when I was at the Symes last year. 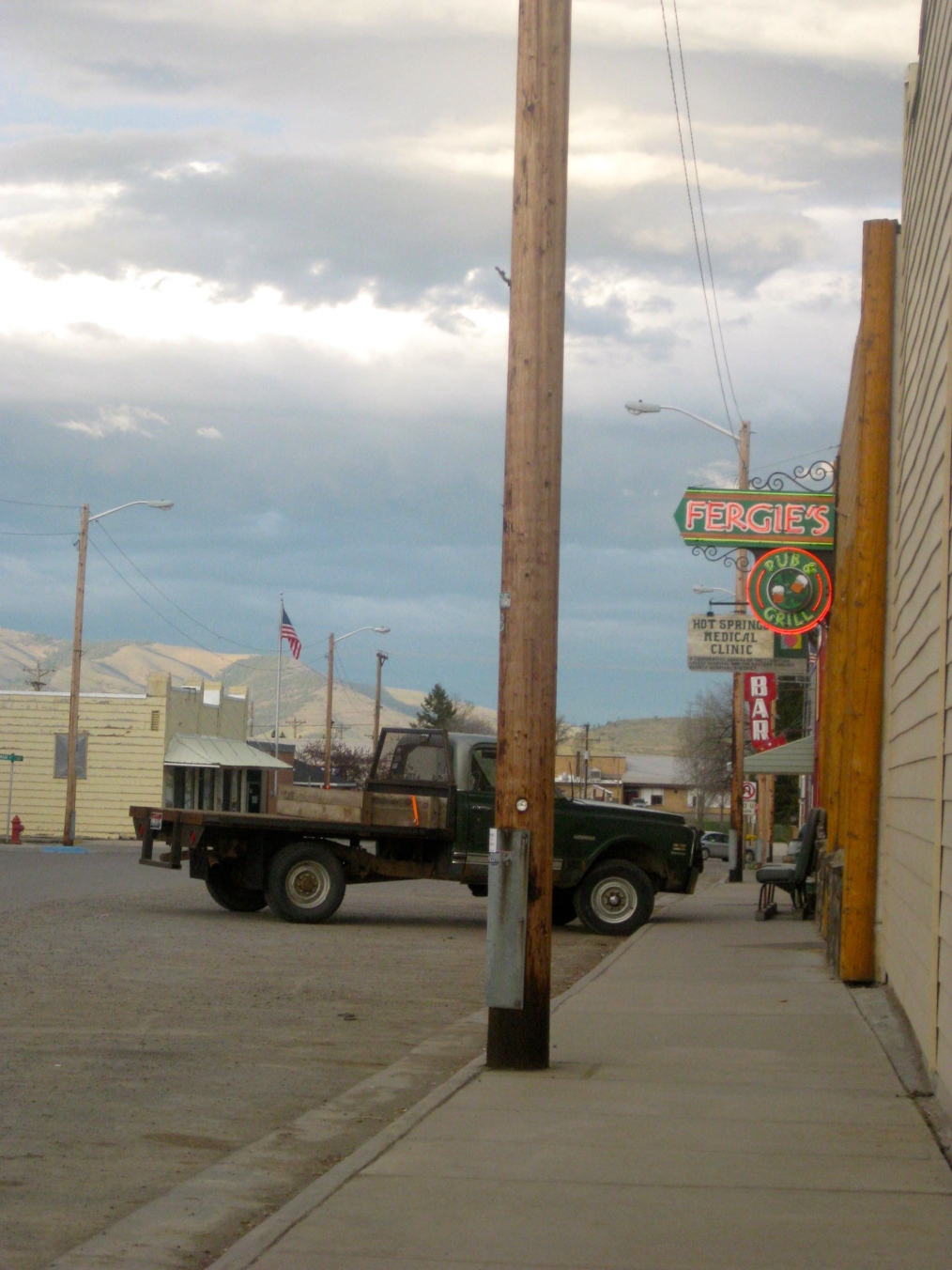 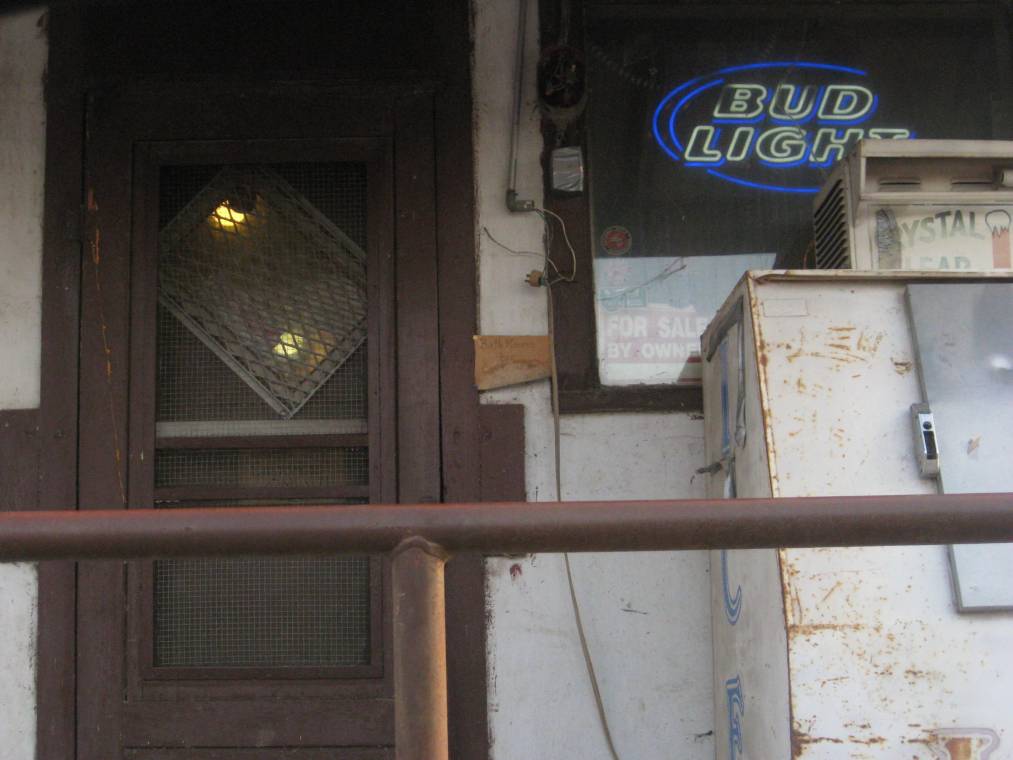 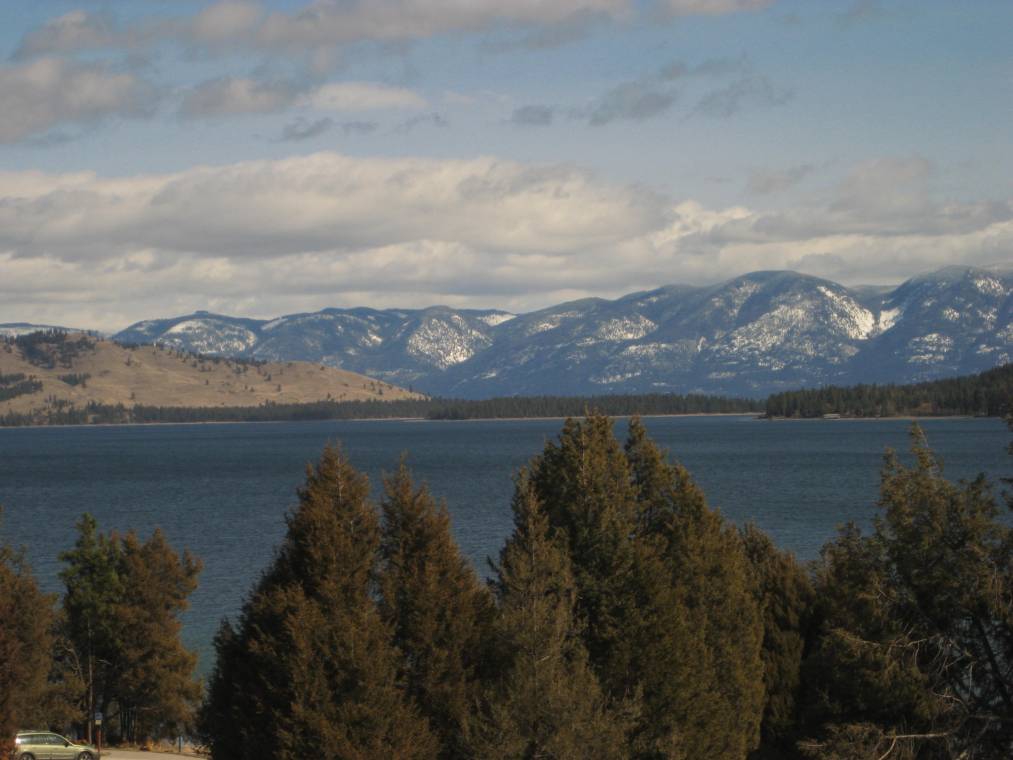 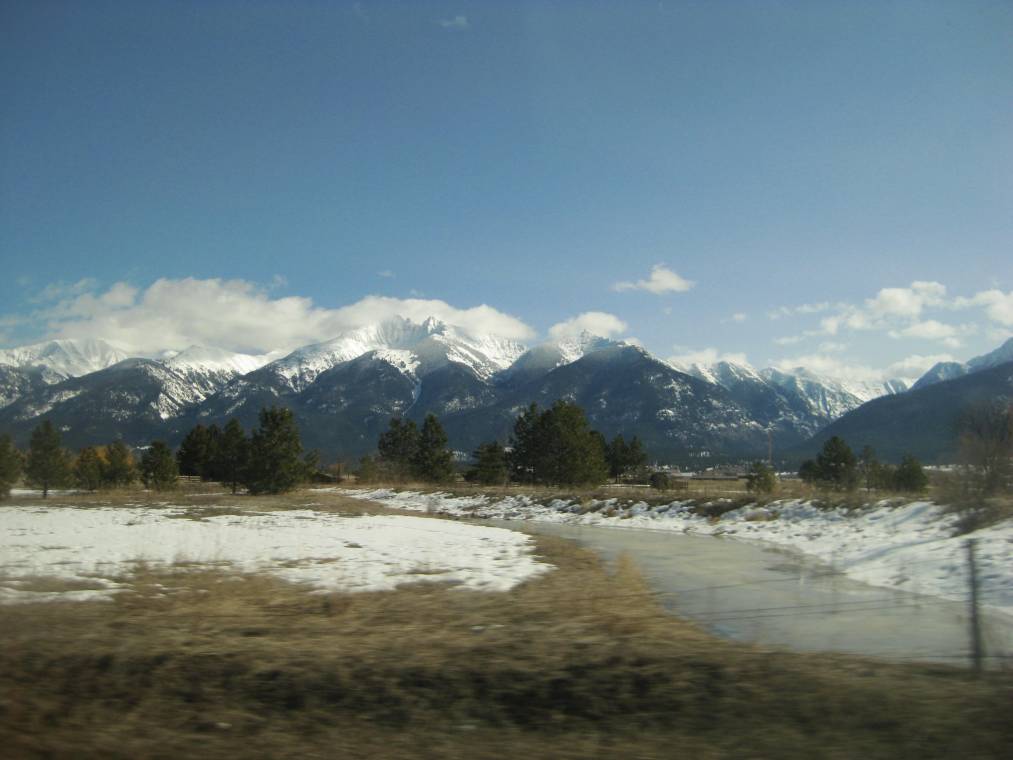 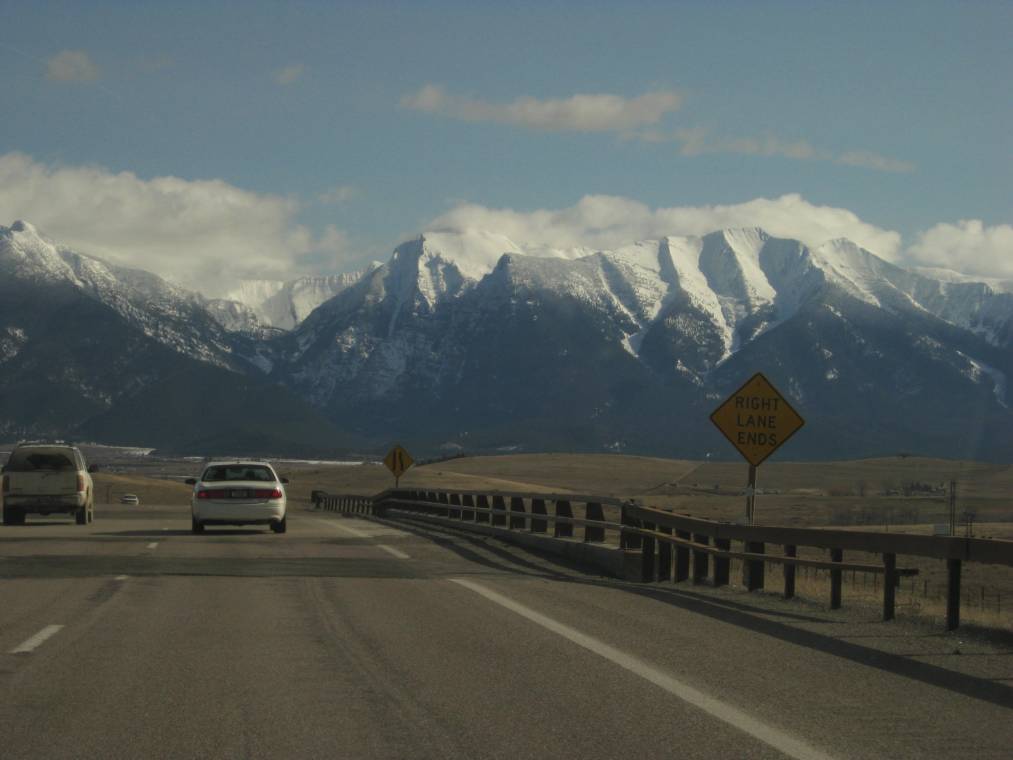 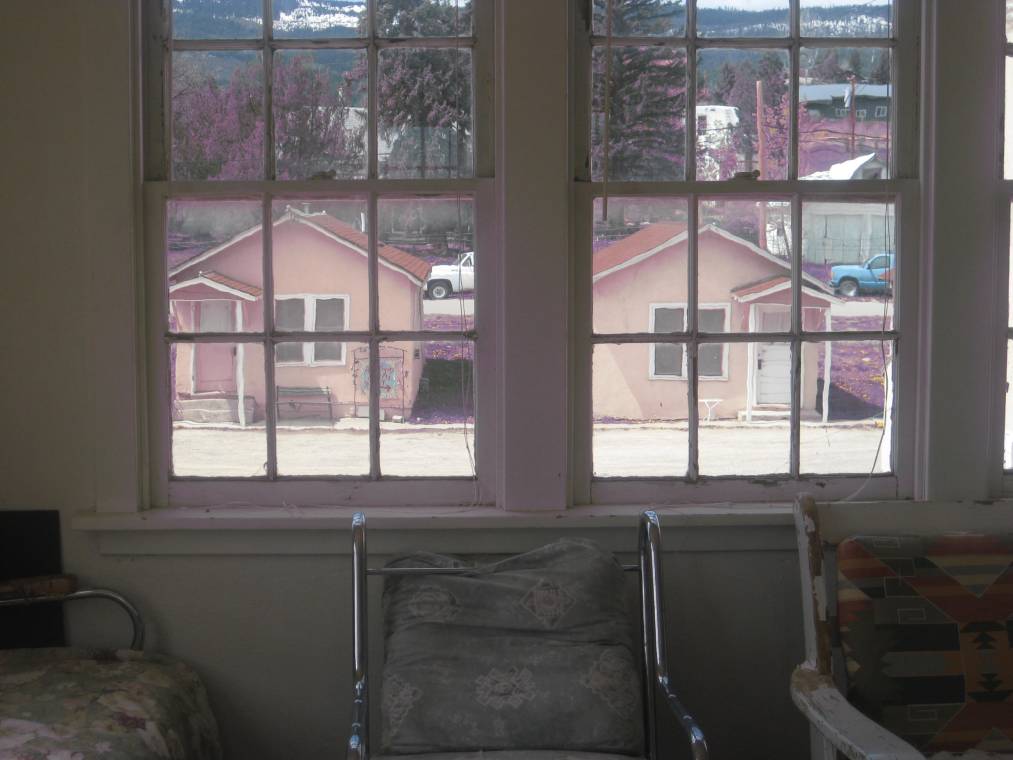 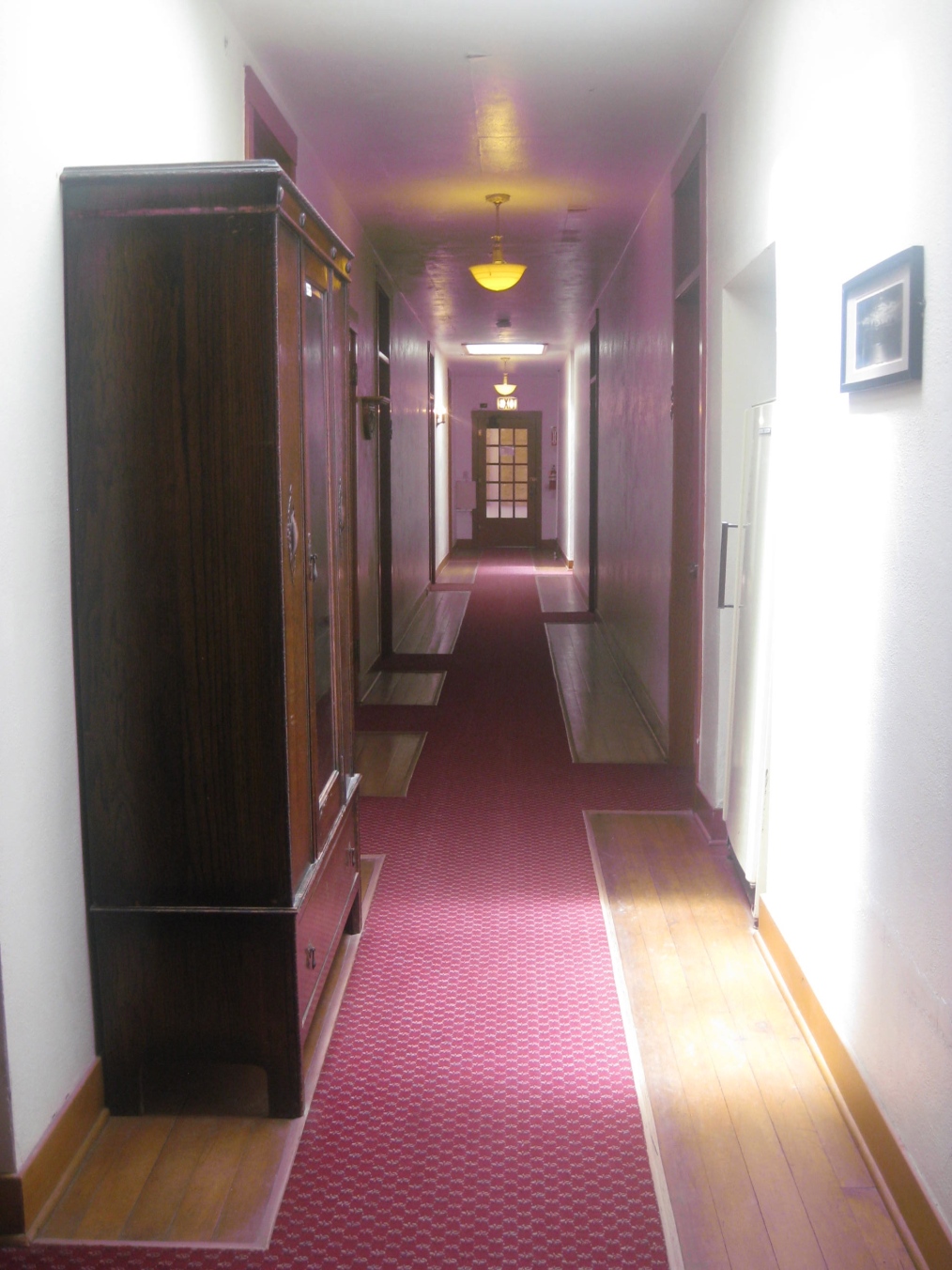