The first morning of surf camp we talked about where we were from, what surfing experience we had (little to none for most of us), and what we hoped to accomplish. One admitted being terrified of open water (that brave lady was the first to grab a board and head into the water…). One said she wanted to be comfortable in the lineup instead of squirreling herself to the smaller, mushier waves far from “the boys.” One said she’d been watching for years and was ready to join the action. One said she wanted to “whoop-whoop!” One said she wanted to go fast. We had so much and so little in common, but we were all there to learn and to have fun.

The list of surf safety was punctuated with the final and most important rule: the best surfer in the water is the one having the most fun. It was stiff competition for “best surfer.” Of all the things we had, fun topped the list. 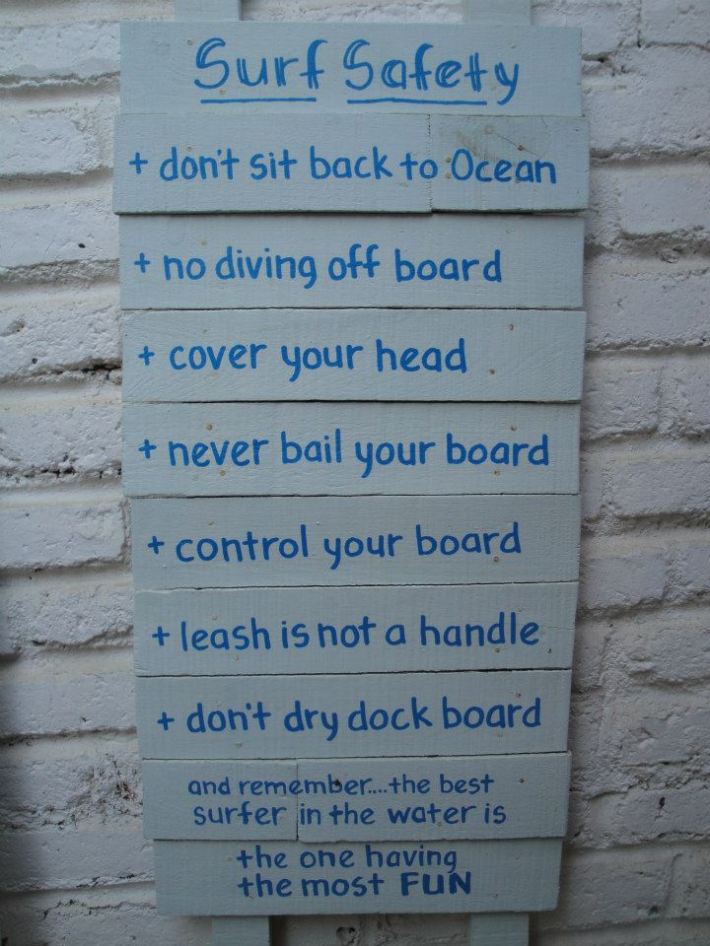 There were some pictures taken of me the first few days of surf camp, but not the last few. In most of my day two and three surfing photos I look like a chick(en) fresh out of the egg seeing the world for the first time. Can I get up? Can I stand? Do I need to bail? Can I do this? Oh. Oh, my goodness. I’m doing this….

These next four photos are: 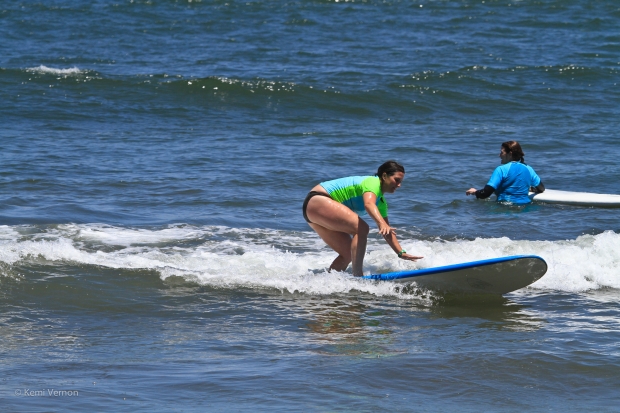 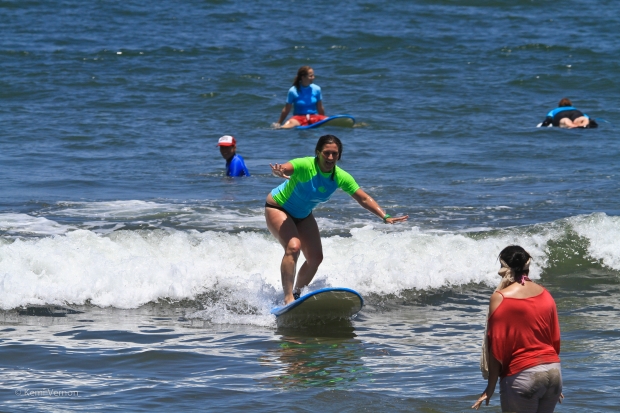 Why do we feel so bad about falling down when you have to be up in order to go down? I’ve decided that if you laugh when you’re going down you’re okay. Maybe better than okay.

“So go ahead. Fall down. The world looks different from the ground.” Oprah Winfrey

And it certainly looks different from under water.

I consider it (sort of) a blessing that I don’t have any day four, five, or six photos of me surfing so they can exist in my imagination, for better or for worse. I know I stood up prouder and taller. I know I graduated to the fiberglass board, felt more, and started to steer. I learned that to avoid hitting someone in front of you you can’t look at the person. LOOK WHERE YOU WANT TO GO. Wow, what a concept. My gaze shifted from my feet to the ocean to the shore.

One of the things I was most afraid of regarding surfing was losing one or both contacts, and not being able to see anything beyond my board. I went with the contacts in my eyes and six spare pairs, one for each day. I brought them all home and can’t even remember what I was so afraid of in the first place.

I’m going to write more about this trip to Mexico, but I’m still musing, pondering, processing. I know the topic though: VULNERABLE: