Yesterday started with a phone call from a good friend with what she described as an odd favor. “I realize you may not be sending Christmas cards,” she said, “But I’m gonna need you to send us one.” She didn’t say ASAP, but with Christmas less than a week away it was implied.

I love this sort of start to a day, especially a day when I’m working under one of my (rigid) self-imposed deadlines, though apparently not quite rigid enough…

I can’t believe I’ve been writing this book for almost a year, and in case anyone’s lost count the number is four. I am currently “finishing” this book for the fourth time. This would be enough to make the sanest person loopy, and coupled with the fact that I’m living with my mother and taking care of my grandmother who suffers from dementia (and who one of her best friends describes as “tough as nails” and she doesn’t mean just physically) is leaving me just a bit threadbare in the nerves department. {Santa?}

So after the phone call I got on the subway where a man played “Amazing Grace” on his accordion, and then, a few serendipitous moments later I’d transported myself to my new favorite home away from home for some writing.

I had salted vanilla and black sesame vegan ice cream. Then I walked some more. Sat in a tea shop. Wrote. Edited. More hair pulling, more face scrunching. Applied some lipstick because it never, ever hurts.

Decided that the fancy uptown department stores are fine for what they are, but they’re too garish for me and they have nothing (NOTHING!) on the lower Manhattan store windows.

I walked into a delightful shop called The Shape of Lies (because I couldn’t not walk in) and the owner informed me, “Everything in here is made in NYC!” So, Um, yeah, hell yeah I’m going to buy something. I love my new hoops. I didn’t need earrings, but told Peggy I needed some “winter earrings” that go better with scarves than danglies do. My new heirloom hoops were made by an artist named Sophie (my fave) who describes herself as a gypsy, and her work as “primitive modern.” LOVE.

I’ve mailed my young friend her photo , and I can wait to feel
the love when she pins me to the family wall of love. I make your day, you make mine, repeat: I think this is the secret of life.

What follows are some pictures from my wanderings around yesterday. I’m writing this from the subway as I head back downtown for more. More writing, more pictures, more accidental discoveries that make my day. 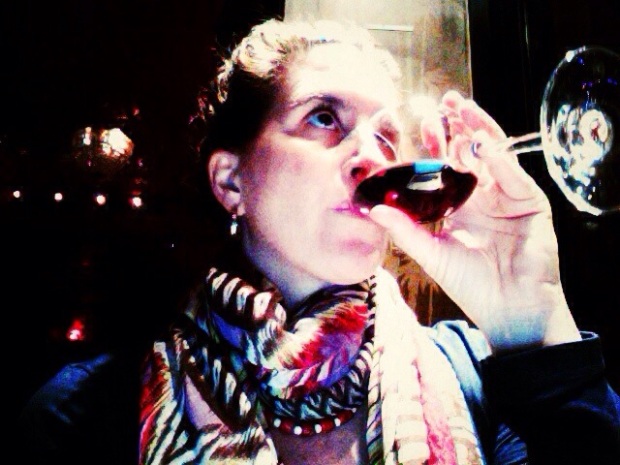 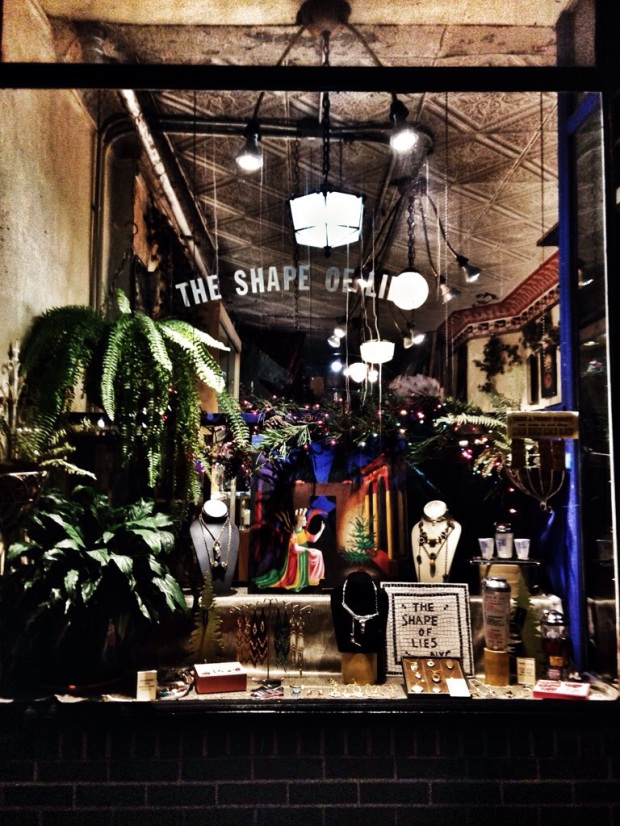 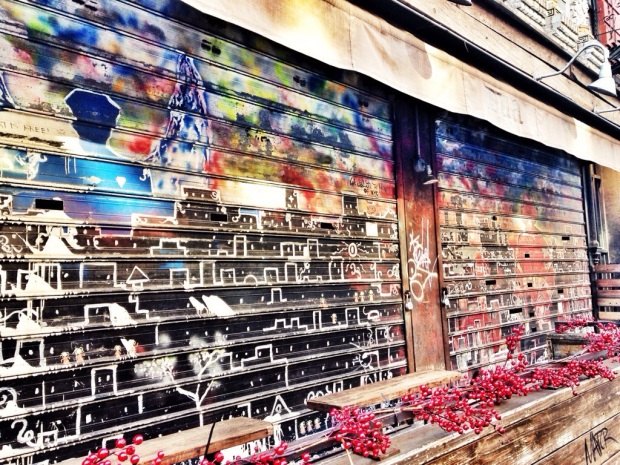